Your Guide to Funeral Flowers: Meanings and Uses 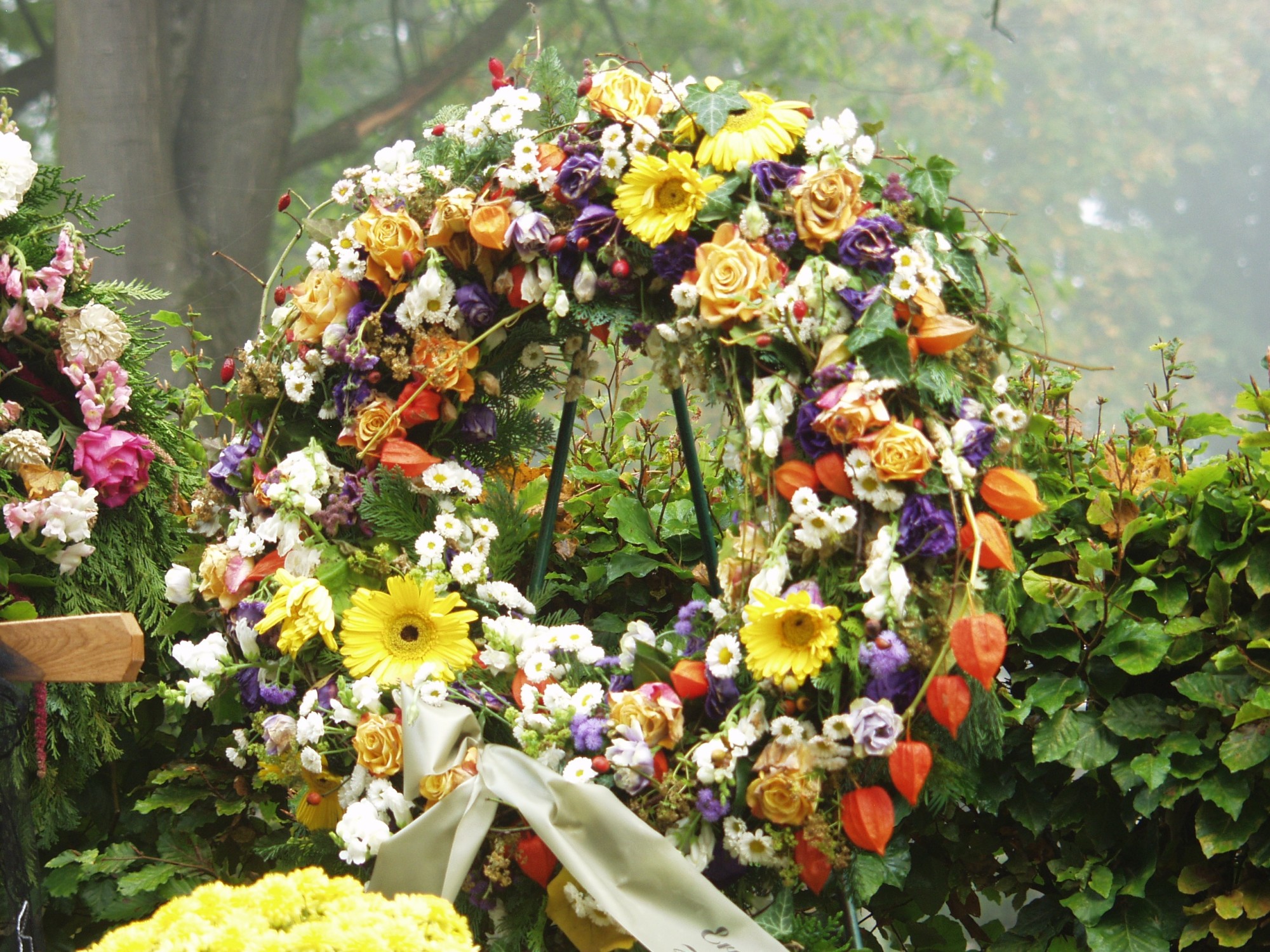 Are you looking to buy flowers for a funeral, but aren’t sure which ones to choose?

Selecting the right funeral flowers can be a difficult task, as it can be tough trying to figure out which flowers allow you to share your condolences in an appropriate manner. If you’ve never purchased funeral flowers before, you’re likely feeling overwhelmed by the flower types, arrangement types, and funeral specifications.

Check out this guide to learn everything you need to know about selecting the right funeral flowers.

When purchasing funeral flowers, one of the biggest things you need to consider is the arrangement. Here are the different types of arrangements you have to choose from:

A standing spray is typically displayed on an easel and can only be viewed from one side. Standing sprays are usually placed next to the funeral casket, and this arrangement is typically larger than a basket or wreath.

Standing sprays come in a wide variety of sizes, and you can choose to decorate a standing spray with one type of flower or multiple types.

Wreaths come with flowers arranged in a circular pattern, which is meant to be a symbol of eternal life. Typically, casket wreaths are purchased by immediate family members, and it’s not usually appropriate for someone outside of the family to purchase the casket wreath.

In addition to casket wreaths, there are also cross wreaths, heart wreaths, and other shapes of wreaths. These are typically smaller than standing sprays, but larger than a traditional flower bouquet. This type of arrangement is usually displayed on a stand or an easel that’s positioned next to the casket at a funeral.

It is appropriate for those outside the immediate family to purchase cross or heart wreaths. However, before you purchase a cross wreath, make sure the family believes in the religious symbolism of the cross.

You also have the option to purchase a flower bouquet or basket for the funeral. These smaller arrangements are typically purchased by friends, co-workers, and non-immediate family members.

Typically, you should send the bouquet or basket directly to the family member’s house unless you’re instructed otherwise. Generally, it’s not appropriate to send this arrangement to a funeral home.

That being said, here are some of the most popular types of funeral flowers:

Lilies come in a variety of different colors, and they’re often considered the go-to flower for funerals. Typically, people purchase white lilies, as they’re a symbol of peace, sympathy, and innocence.

Purchasing lilies for a funeral symbolizes that the soul of the deceased has returned to an innocent state of being. Many people opt for peace lilies instead of regular lilies, as they’re sturdier and last a bit longer.

They’re also great indoor plants, so they’re a great gift for a family member who spends a lot of time indoors.

White roses, on the other hand, represent purity and innocence, and crimson roses represent loss, sorrow, and grief. Just make sure to avoid orange roses, as these are a symbol of gratitude and thanks.

For this reason, it’s very important to understand the family’s culture before buying chrysanthemums. It’s usually best to purchase white ones to play it safe.

Many people purchase white carnations for funerals as a symbol of purity and innocence. The mother of the deceased will sometimes bring pink carnations to a funeral, as these are a symbol of a mother’s love.

Orchids are another popular funeral flower, as white ones represent purity and innocence. Yellow orchids also represent friendship, and they’re typically purchased by the friends of the deceased.

Other Considerations When Sending Funeral Flowers

As we mentioned earlier, you should also consider the family’s religious and cultural background before sending flowers. For example, sending flowers is not customary in the Jewish religion, as Jewish law calls for immediate burial.

However, it’s not forbidden to send flowers, and many modern-day followers of Judaism appreciate the gesture. Flowers are also not a traditional part of the Islamic or Hindu faiths, although they’re not unwelcome.

Also, keep in mind that some families ask for well wishes or charitable donations in lieu of flowers, and you should always respect the family’s wishes regarding this matter.

Now that you know how to select the right funeral flowers, it’s time to make your purchase. Keep in mind that it’s also customary to send a small card with the flower arrangement.

If you need more help selecting the right flowers for a funeral, contact us today.