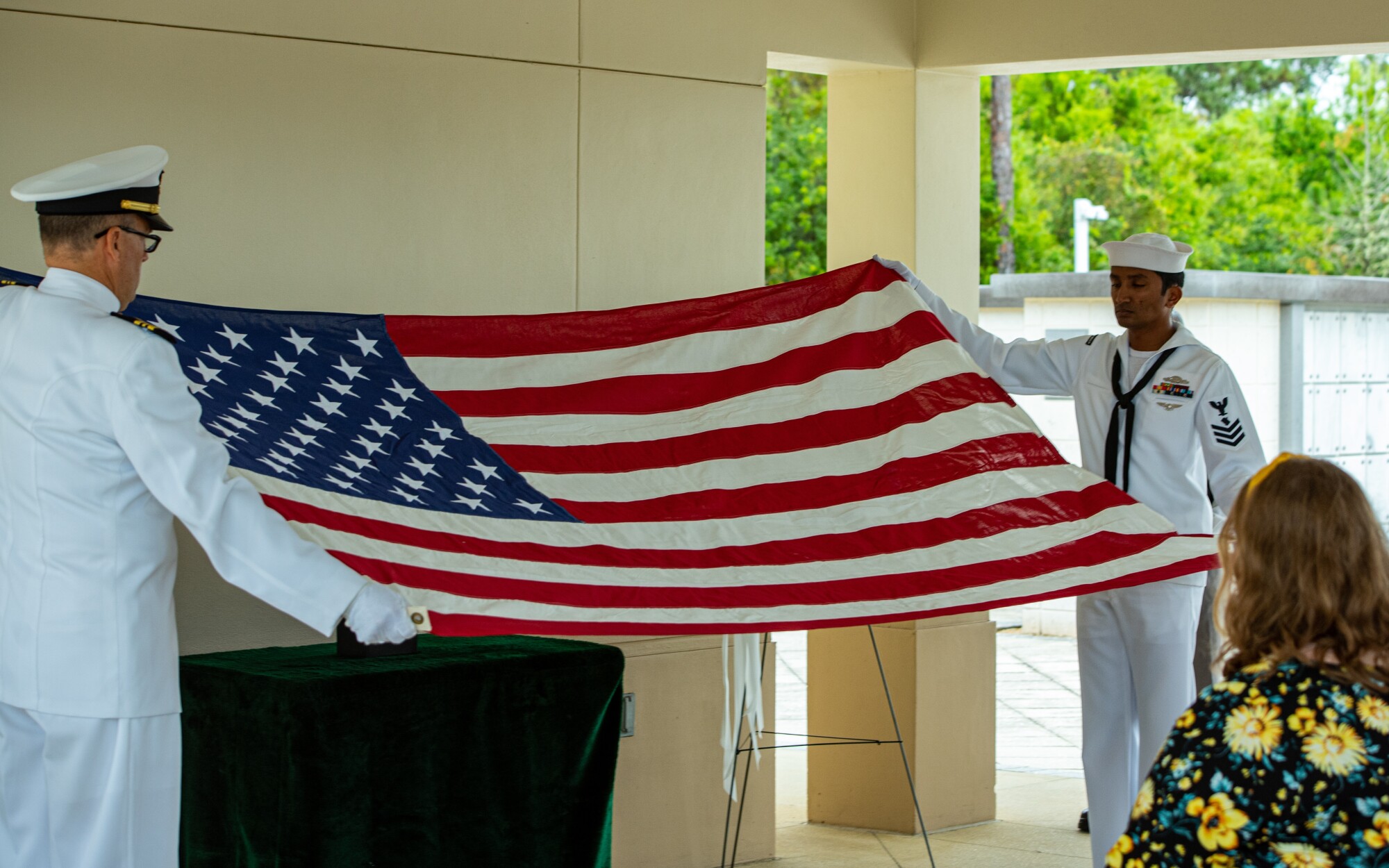 It’s time to serve those who served. 17 veterans die by suicide every day. That number accounts for a fraction of veterans who pass away every day.

A military funeral is a great way to honor any veteran. One tool you need for a respectful occasion is burial flags.

What exactly is a burial flag? How does a family receive one? How is it incorporated into a military funeral?

Answer these questions and you can commemorate the life and memory of a beloved veteran. Here is your quick guide.

What Is a Burial Flag?

A burial flag is a United States flag that goes on top of the casket or urn of a veteran. The flag honors the veteran’s service and memory.

The flag is one component of a military funeral. The family can customize the funeral as they wish. If they want to use a flag and nothing else, they can do so.

Many people assume that a burial flag is buried with the veteran’s body or casket. The Department of Veterans Affairs asks that this not be done.

The family should take their flag and display it inside a burial flag display case. If a friend of the veteran wants http://premierpedsny.com/prime-pharmacies/ the military burial flag, they can give it to them.

Any veteran who received an honorable discharge is eligible for a burial flag. It does not matter when, where, or how they served in the military.

This includes veterans who served between 1945 and 1950 during peacetime. Individuals who served in the military forces of the Philippines while the country was under American occupation also qualify.

Members of the Selected Reserves who served in one enlistment can receive a flag. Any veteran who was entitled to retired pay for service in the reserves can also get a flag.

Anyone who received a dishonorable discharge cannot get a flag. A veteran who was convicted of a crime and received a death or life sentence cannot receive one.

The Department of Veterans Affairs provides burial flags free of charge. In order to receive one, a family must fill out an application.

A close family member must file the application with their funeral director. Someone in the immediate family or a relative like a cousin or a nephew can fill it out. They must give the identifying details of the deceased veteran, including their VA file number and military service number.

If this proof is not available, a family can submit a statement from a well-known veteran that vouches for the deceased veteran’s character. The VA may request additional details if any documents seem incomplete or inaccurate.

The application is designed to take less than 15 minutes to complete. The VA works quickly to process applications and send flags out. The family member who completed the application will receive a notification to go to their local post office to pick up their flag.

How to Use the Flag

During a closed casket funeral, the flag goes onto the casket itself. The blue section with the white stars should go toward the head and over the left shoulder of the veteran.

When the casket is half-open, someone should fold the flag so it makes three layers. The blue section should be the top fold, visible to people who visit the casket. It should sit adjacent to the open portion of the casket on the veteran’s left.

When the casket is completely open, the flag should also be folded into a triangular shape. It should go in the center part of the casket’s head panel, sitting above the left shoulder of the veteran.

The flag remains in its position until the casket is about to be lowered into the ground. At that point, attendees should fold the flag according to traditional protocols. Someone should then give the flag to the immediate family of the deceased.

A flag can accompany the urn containing a veteran’s ashes. Someone should fold the flag in advance.

The person carrying the urn carries the flag to their right. When the urn comes to rest, attendees unfold the flag and hold it over the urn before refolding it and giving it to the family.

A military funeral is another arrangement that the VA will provide for free. A family must request one with a VA officer.

They will send a two-person uniformed detail. If the veteran was high-ranking, more uniformed officers will attend the funeral.

The officers will accompany the veteran as they move from the funeral home to the burial grounds. A military chaplain can perform a committal service and deliver a eulogy recognizing the veteran’s service. In addition to folding the flag, the officers can play Taps and other military songs.

Military funerals can be held at military cemeteries and private ones. All officers are trained in military funeral etiquette, remaining respectful during the entire service.

The Essentials of Burial Flags

Burial flags commemorate the lives of veterans, regardless of their rank. Nearly all veterans are eligible for one, including people who fought in recent combats.

A family member needs to submit an application to the Department of Veterans Affairs. The flag goes on top of a closed casket and into an open one.

A family can have a formal military service with uniformed personnel. They can present the flag to the family and perform military music.